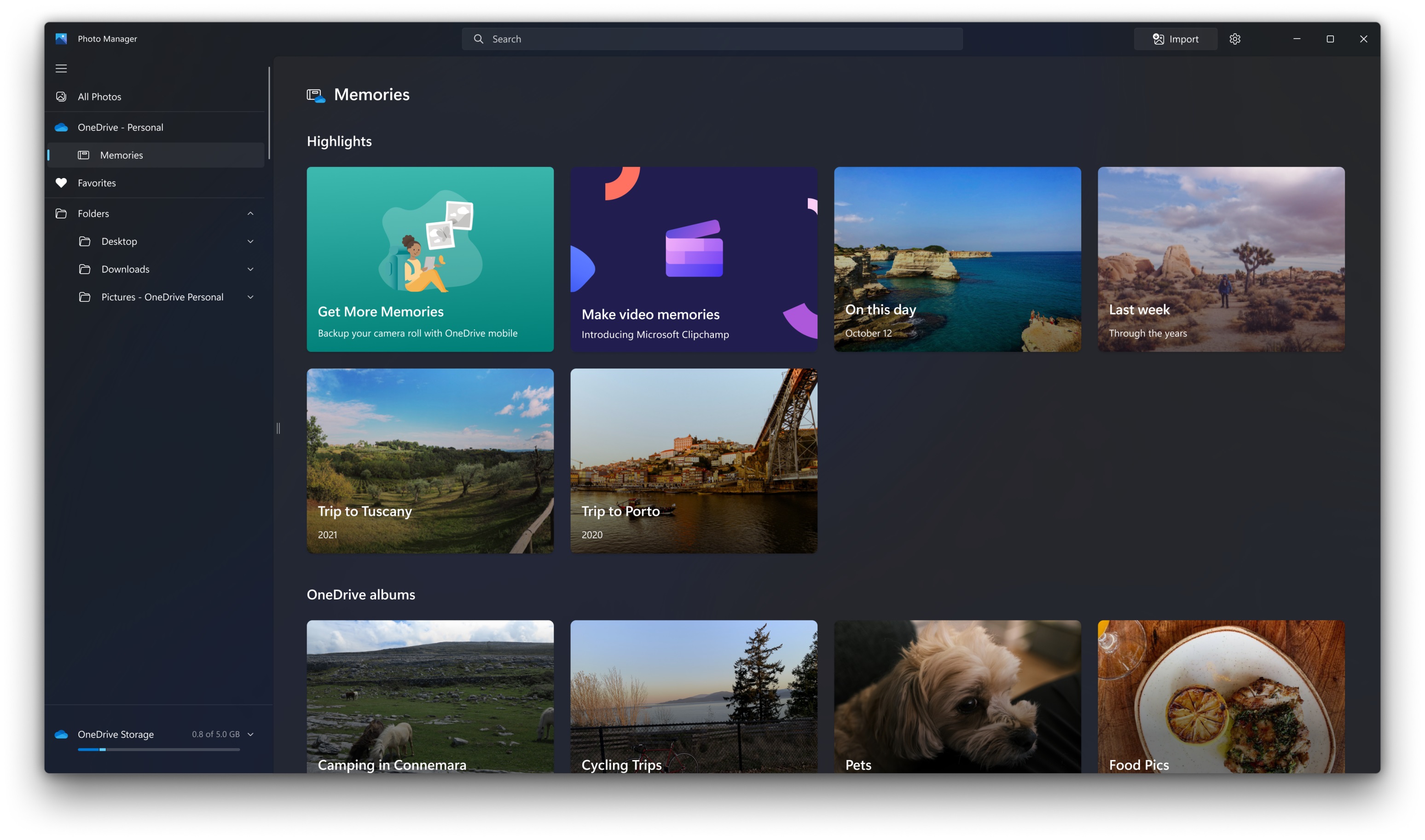 Microsoft has begun making available an updated Photos app to Windows Insiders, complete with an updated “Memories” experience that archives photos from a particular time or place.

The new Photos app is being made available to participants in the Windows Insider beta program, specifically the Dev Channel. Typically, code released through the Dev Channel carries the caveat that it might never be released to the public at large.

In this case, however, Microsoft has already announced that its October update for Windows 11’s 2022 Update will include the new Photos app, giving it the stamp of approval. (Although Microsoft has referred to these new features as a new set of experiences, it has also used the term “controlled feature rollout” to describe them.)

“The update brings a gorgeous gallery, simplifying browsing, finding, management and consumption of your collection of photos. It also allows you to easily back up your photos with OneDrive, enjoy powerful experiences on Windows devices and offers a delightful ‘Memories’ experience,” the company said in a blog post.

The new Photos experience appears to preserve the original editing experience, complete with the crop, adjustment, filters, and markup tools, including the AI-driven “Auto Enhance” feature. It does not add back the “spot fix” feature that Microsoft removed previously.

Instead, the emphasis is on organizing your photos, with a slightly more pronounced focus on OneDrive—as with the new File Explorer, where Microsoft now shows you how much OneDrive space you’ve consumed, with an offer to sell you more. Microsoft has also removed the “legacy” video editor. Instead, Photos now encourages you to use Clipchamp, the excellent video editor now included within Windows. The new “Memories” feature doesn’t look too different from how Microsoft has arranged photos by location, such as on a trip, however.

Even if the new update is considered a bit lukewarm, it’s a sign that Microsoft continues to prioritize the app. With so many consumers using smartphones as their primary cameras, photo management and editing are key features, and Microsoft will need Windows to be a player in the space.

Source: https://www.pcworld.com/article/1073199/microsoft-makes-octobers-photos-app-available-to-insiders.html
We use cookies to ensure that we give you the best experience on our website. If you continue to use this site we will assume that you are happy with it. Ok