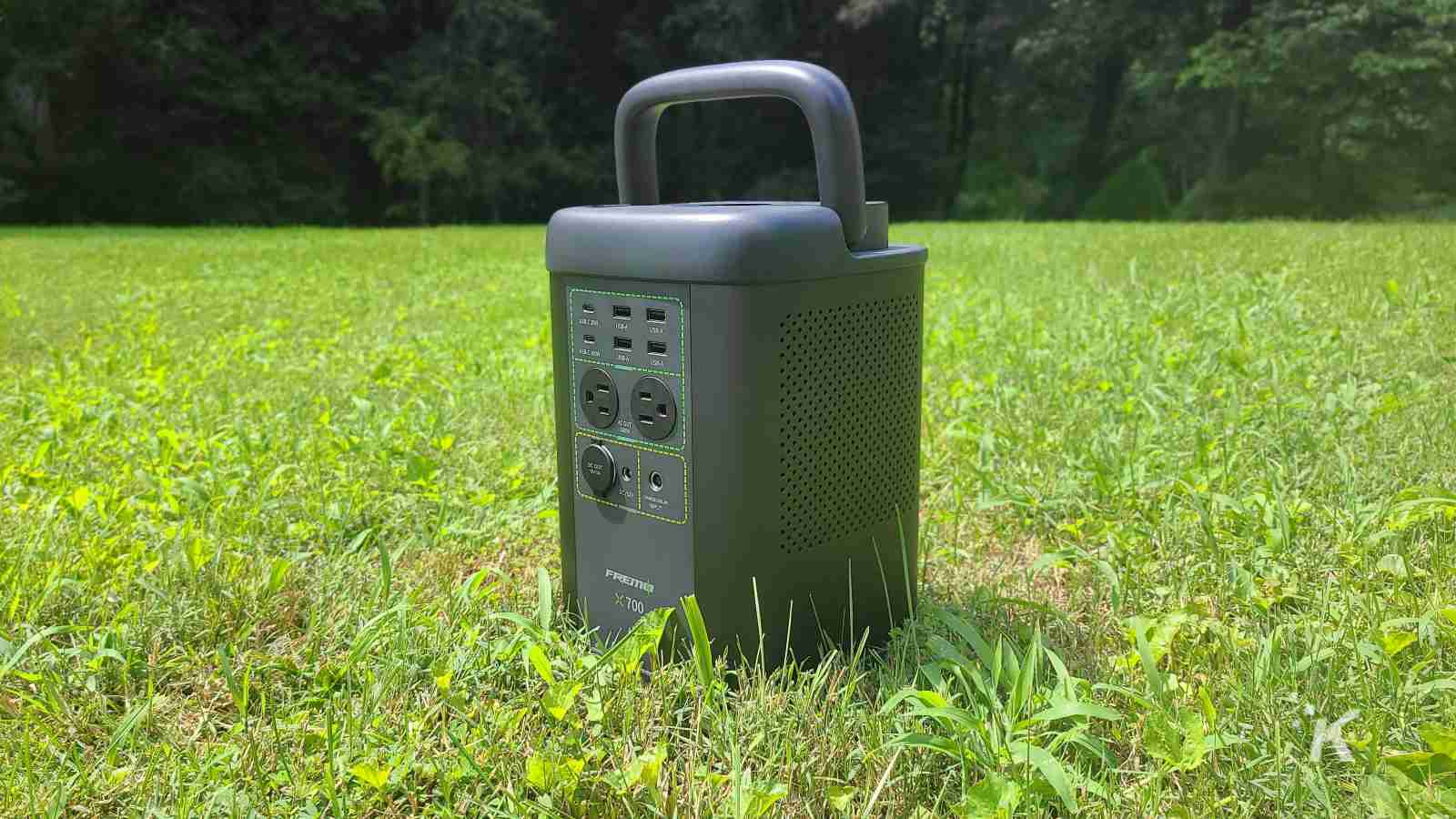 The Fremo X700 is a portable power station that gives you the flexibility to charge your mobile devices on the go, whenever you need them.

When most people think about portable power stations these days, they usually picture a heavy, bulky device that you can use to power or charge some household devices.

Fremo is looking to change their minds with its new X700 power station.

The Fremo X700 is marketed as “the world’s smallest 650W LiFePO4 power station.” It’s not only lightweight but it sports a slim design that helps make it much more portable than the competition.

With 10 outputs, you can power multiple devices simultaneously. The X700 sells on the company company’s website for $799, but it’s currently on sale for $50 off.

Is this power station right for you? Here’s everything you need to know about the Fremo X700. With that new technology, the X700 is rated for 1,500 total cycles down to 80 percent capacity, three times as many as most lithium-ion batteries. So after 1,500 uses from 100 percent down to 0, the X700 will still have 80 percent max capacity.

You’ll be able to use the X700 for portable power for years with minimal total capacity loss. And Fremo put all of this new technology into an incredibly compact shell that weighs only 15 pounds. That’s incredibly lightweight compared to similar power stations, which can easily weigh 30 pounds or more.

It features 650W of power and surges power up to 1200W. With that kind of power, the X700 makes the perfect companion for camping or outdoor trips. It can power lights, charge mobile devices, and much more.

It can also be used as a minimal emergency backup in cases where you lose power. You can use it to power multiple lights at once and hook up your TV to bring back any much-needed entertainment.

With the 1200W surge power, it should be able to handle most refrigerators for a short time. It is limited to just 662Wh capacity, which is on the lower end of comparable power stations. The X700 features 10 total outputs, including two AC wall outlets, one 12V DC outlet, one 12V car outlet, four USB-A outputs, and two USB-C outputs. One of those USB-C outputs is capable of 100W output for fast charging of your mobile devices.

Also included on the front panel of the X700 is the input for charging with a solar panel, wall charger, or car charger. The power station has three different options for when you need to juice it back up.

A single solar panel, which Fremo sells separately for $269, will go a bit slower. But you can link two solar panels together to charge up to 180W.

BONUS OFFER: Use promo code FREMOFORYOU on any X700 or combo pack and save $60. Additionally, promo code HYPER100FORYOU saves you $30 on any solar panel purchase.

Car charging will be the slowest, with a max of 120W. But it can still be a nice option to top the X700 up on your way to a camping trip.

One thing that’s really nice about the X700 is that the display screen is on the top of the device. You can read all of the power station’s info such as battery life, output levels, and temperatures all without having to bend down. Weighing in at right around 15 pounds and standing no taller than an American football, the X700 can be easily carried around to keep you powered up.

With 650W it’s not the best option for your larger household appliances. But it’s a great option for keeping your mobile devices, like smartphones, tablets, and laptops charged.

And it will work perfectly for lights and other, less demanding electric devices. The X700 would make a great companion for outdoor parties or camping trips.

BONUS OFFER: Use promo code FREMOFORYOU on any X700 or combo pack and save $60. Additionally, promo code HYPER100FORYOU saves you $30 on any solar panel purchase.

Disclosure: This is a sponsored post. KnowTechie’s opinions, reviews, and other editorial content remain objective and are not influenced by the sponsorship.

Source: https://knowtechie.com/the-fremo-x700-is-the-perfect-power-station-for-those-on-the-go/
We use cookies to ensure that we give you the best experience on our website. If you continue to use this site we will assume that you are happy with it. Ok