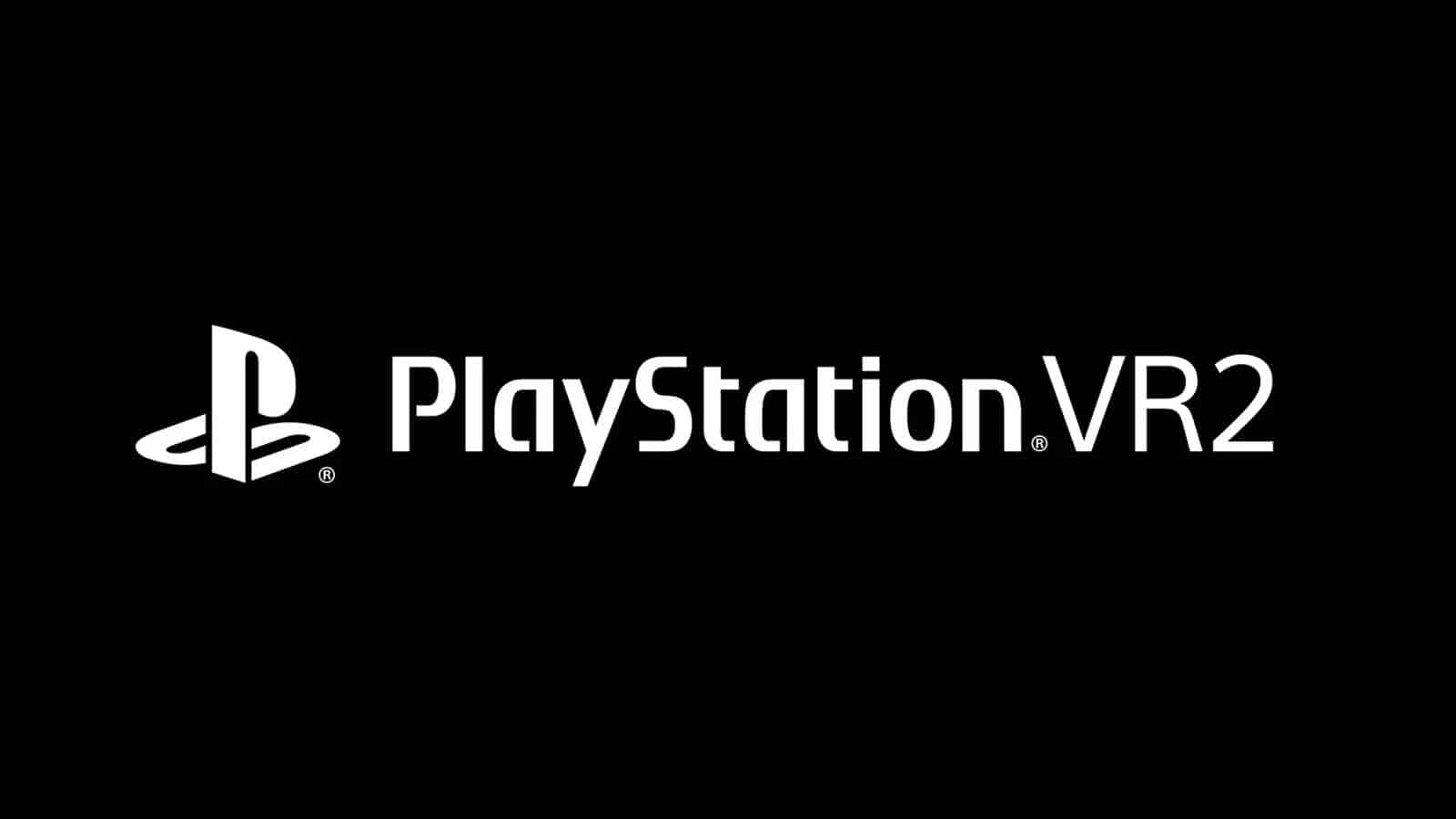 Sony is going all in on VR with the PSVR 2 for PS5.

Sony released the PlayStation 5 near the end of 2020, and the console has been a huge success, becoming the best-selling console in the US near the end of 2021. And now Sony has introduced its new virtual reality system, including new controllers and headset, the PS VR2.

PS VR2, or PlayStation VR2, is the aptly named successor to Sony’s original PSVR headset from 2016. And with the improvement in the performance of the PS5 over the PS4, the PS VR2 looks like a major step up.

We first learned about the existence of the new PS VR2 back in February. Since then, we’ve learned a lot about the upcoming VR headset through various patent filings, leaks, and revelations from the company. 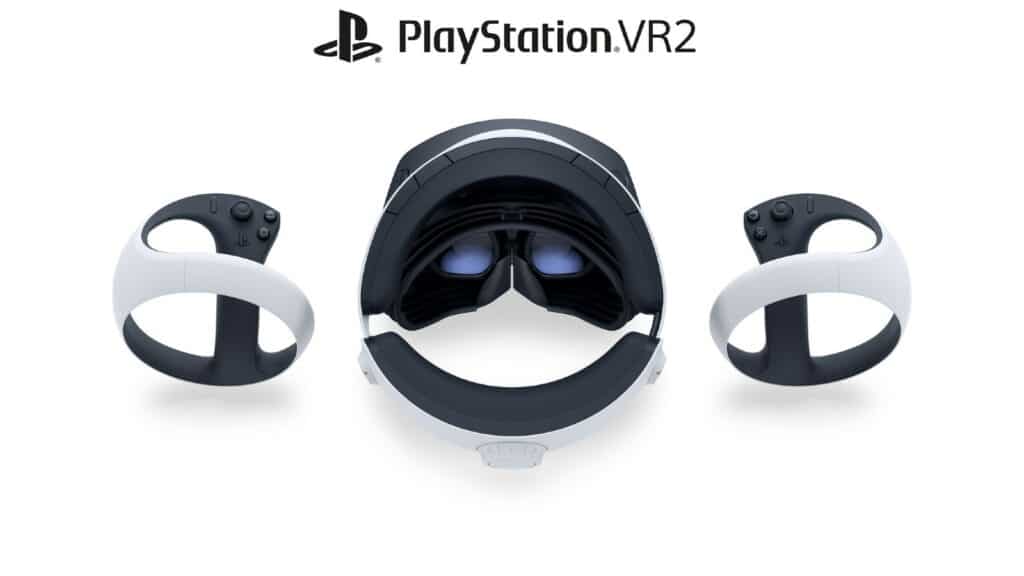 The PS VR2 is Sony’s next entry into the virtual reality gaming market. The company released the original PSVR back in 2016. The headset was received pretty well by PS4 gamers.

Now, Sony is stepping things up and utilizing the upgraded power of its latest console, the PS5, to bring an entirely new VR system to the console. Sony is designing the PS VR2 system specifically for the PS5, taking advantage of everything the console has to offer.

PS VR2 consists of an all-new VR headset alongside newly designed controllers with tons of technology and features that could elevate console VR to a new level.

A leak from the popular, and generally reliable, Apple analyst Ming-Chi Kuo suggests that Sony is planning on starting mass production of the PS VR2 in late 2022.

The report says that the company will produce around 1.5 million units in the second half of 2022, with a release date likely in early 2023.

And more recently, in August 2022, Sony itself shared an update with a release window. Like Ming-Chi Kuo predicted, the company plans on releasing the PS VR2 sometime in early 2023.

That matches up with Kuo’s prediction of an early 2023 release and mass production beginning in late 2022. But we all know by now that gaming hardware releases don’t always follow schedule.

Hopefully, Sony isn’t being too bold with its early 2023 release window. We can’t wait to see what the next generation of PlayStation VR looks like. 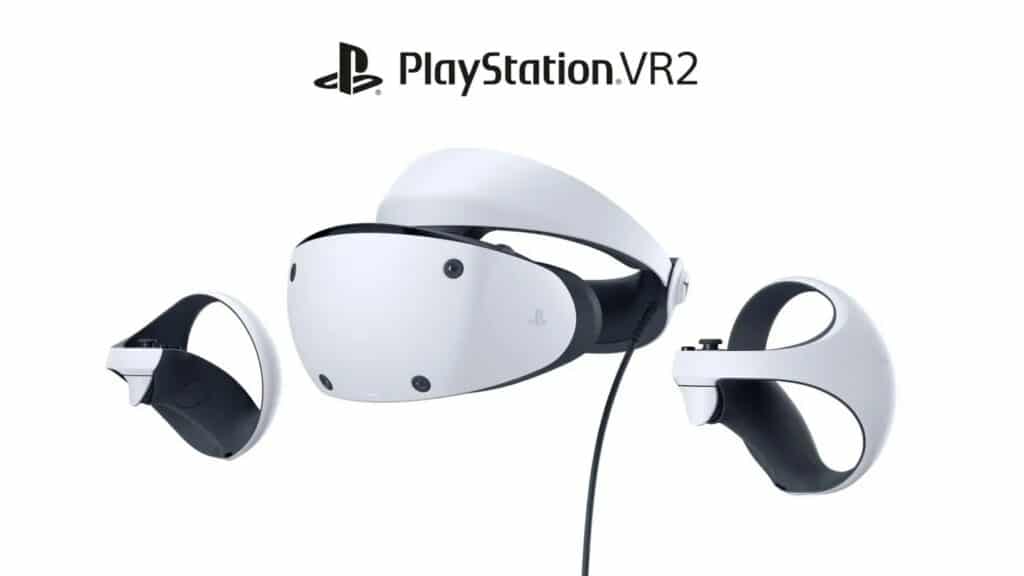 Maybe the most key piece of hardware that will come with the PS VR2 is a brand new headset. Sony has taken what it learned from the original PSVR and built an all-new VR headset with some impressive specs.

Sony’s PS VR2 features an impressive 4K resolution, a significant improvement over the 1080P resolution offered by the original PSVR. Each lens will be 2000×2040 with a refresh rate of 120hz, bringing the headset in line with the PS5 console itself.

The company is also adding a lens adjustment dial so you can decide how far away the screen is. And, of course, there’s a vent to help make sure those screens don’t fog up. 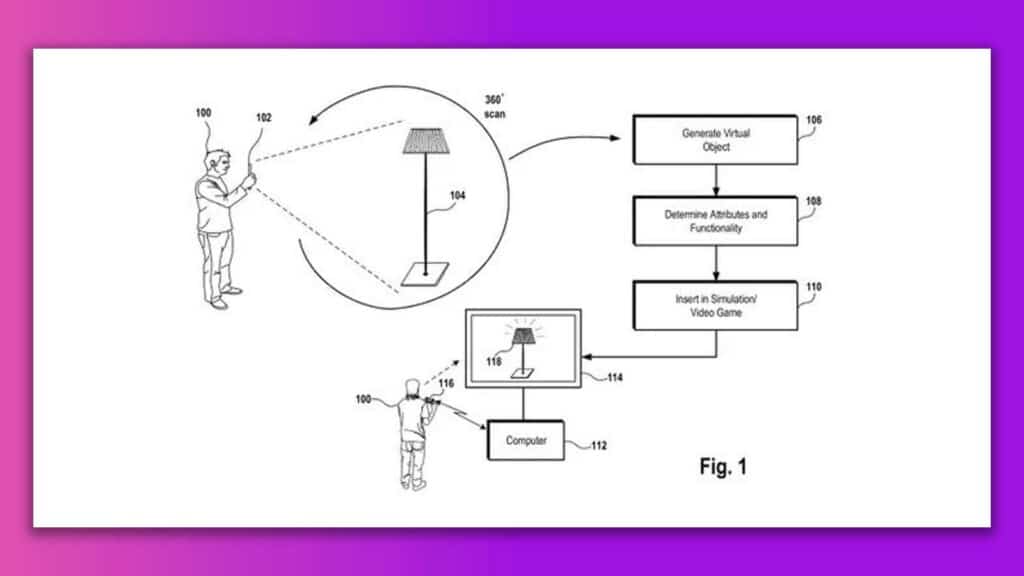 In addition to the upgraded 4K resolution, the PS VR2 has added other new technologies to deliver a better VR experience. The headset will use built-in cameras to monitor hand and controller movements. This eliminates the need for any external equipment to track your hands.

There’s also a small rotary motor included in the headset to allow for small vibrations to increase immersion in games. For example, you might be able to feel your character’s pulse in suspenseful situations.

And Sony added all of this to the headset and still promises to deliver a lighter-weight device than the original. Gamers don’t want to have to wear a heavy, bulky headset to play games, so it’s nice to see that keeping the PS VR2 headset light is a priority for Sony. 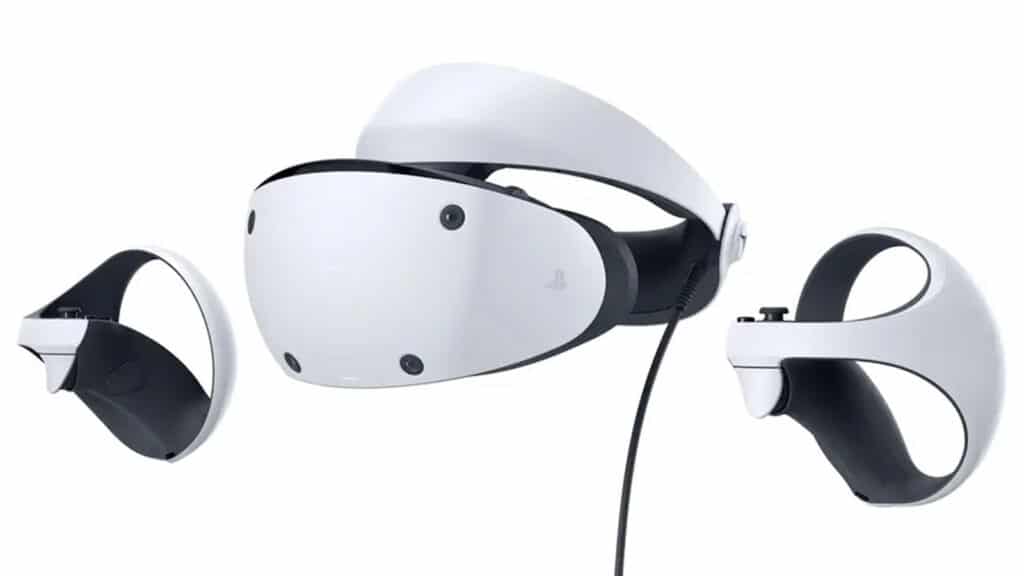 One convenient feature was revealed in July of 2022. As revealed in a video from YouTube channel PSVR2 Without Parole, the PS VR2 will have a new cable setup. This time around, Sony’s VR headset will feature a single, detachable cable.

This might not seem like a huge deal, but it’s a pretty significant improvement over the double cable setup of the original PSVR headset. In addition to only requiring a single cable connection, the cable will be removable and replaceable.

With the original PSVR, a broken cable meant you had to replace the entire machine. But on PS VR2, if you break the cable you can easily replace it with a new one.

Of course, there are limits. The cable will be a proprietary USB-C connection. That means you’ll have to use a specific cable instead of just any USB-C you have laying around. Still, it’s nice to know that breaking the cord on the PS VR2 won’t mean you’ll need to buy a whole new headset.

The cameras are used for a see-through view and to map out your playing area. See-through mode les you see your surroundings while your headset is still on.

With the press of a button, you’ll be able to switch between seeing what’s on the screen and seeing your actual surroundings. Plus, the headset will use those cameras to map out your physical playing environment.

Using a combination of the embedded cameras and your PS VR2 controllers, you can quickly map out your gaming room so you can avoid running into furniture or other obstacles.

This update also included information on two other features: broadcasting yourself while in VR and cinematic mode for non-VR media on the headset.

You’ll be able to use a PS5 HD Camera to record yourself while VR gaming so you can share it with your friends. 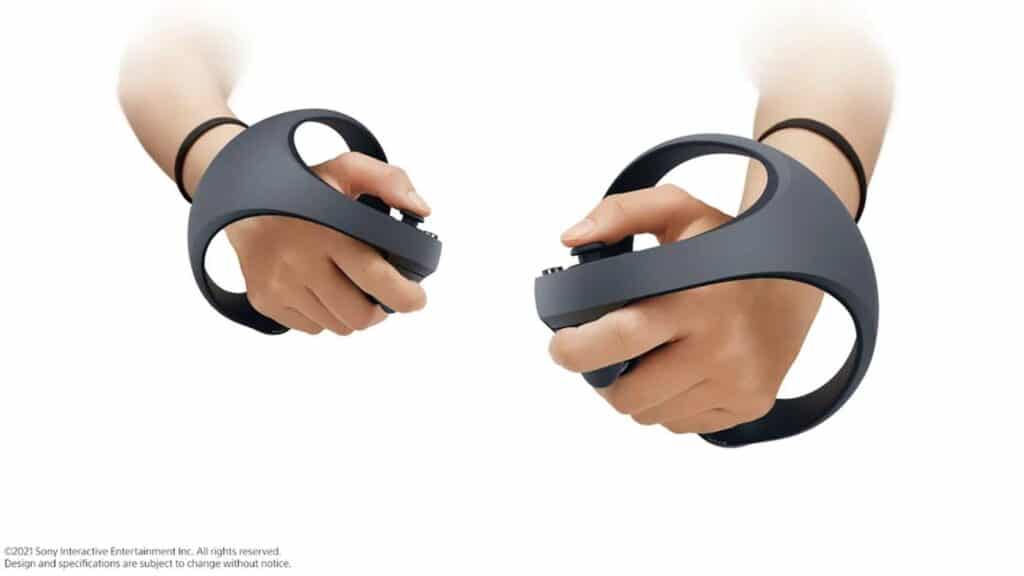 In addition to the new headset, the PS VR2 system brings new controllers to the fold. Designed with ergonomics in mind, the PS VR2 Sense controllers are a unique take that should actually feel pretty familiar to PlayStation fans.

Sony’s upcoming PS VR2 Sense controllers use a two-piece design to keep you moving freely inside of VR games. And, like the DualSense controllers released for the PS5, they’ll both have haptic feedback and adaptive triggers.

Haptic feedback is a staple in most gaming controllers. And it would feel like something was missing if it wasn’t added to the PS VR2 Sense controllers. With haptic feedback, controllers vibrate based on in-game stimulation so every encounter feels more immersive.

As for adaptive triggers, that’s something that Sony recently introduced with its DualSense controllers. The triggers on the PS VR2 Sense controllers will react to players’ actions in-game.

For example, if you’re firing a weapon, the adaptive triggers could bounce back and provide various levels of resistance to simulate a weapon’s kick. 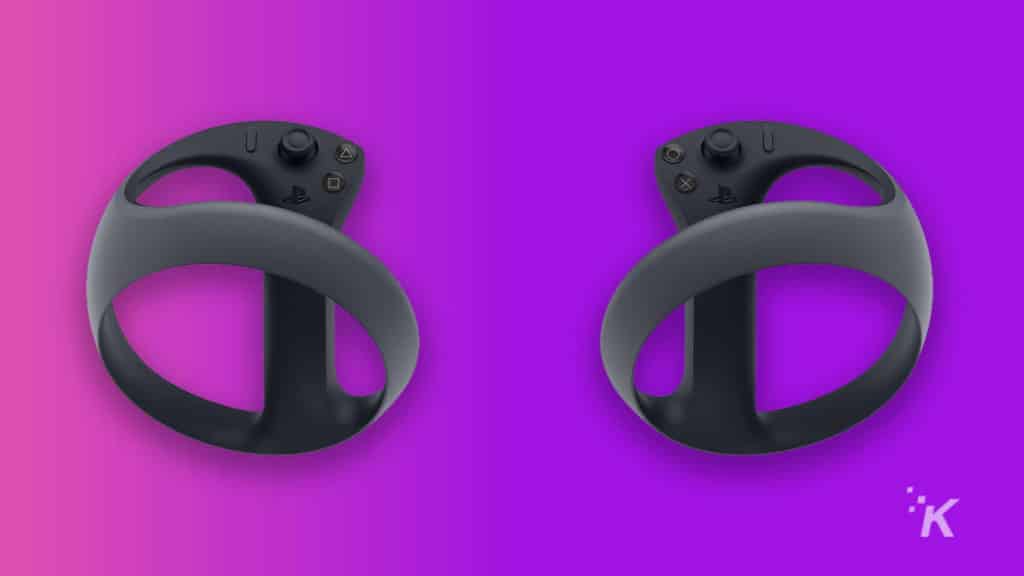 Sony designed the PS VR2 with the best ergonomics possible in mind. Players’ hands will slide comfortably through the circular design of the controller to rest in a sweet spot that fits the curves of your hand.

Additionally, the controllers feature a button layout that should feel familiar to both gamers. In addition to the adaptive triggers, each controller features three buttons and a joystick.

Two of those buttons are similar to the four shape buttons on the DualSense controller. And the final button on each controller looks to be an interface button.

The controllers also have finger sensors underneath where your hands will rest. These sensors will help tell which user is using the device. They’ll also help track the location of each controller.

How much will the PS VR2 cost?

For now, we haven’t heard anything about the price of the PS VR2 headset. Some reports have pointed to the device being priced at or above $499.99, which was the initial price of the original PSVR headset.

But that is pure speculation at this point. We will update this section when we learn more about the price. But that will likely be much closer to the actual launch of the headset.

What games will be available on PS VR2?

Of course, where would any VR headset be without games to play. There are hundreds of VR options for the original PSVR device. But we don’t know if most of those games will have backward compatibility or not.

PlayStation recently revealed that the new PS VR2 headset will launch with more than 20 “major” titles already available. These titles will consist of both first and third-party games.

And we have already had a few games confirmed to be coming to the new platform.

Horizon Call of the Mountain is another entry to the popular Horizon franchise that was the first game announced for the upcoming PS VR2. Another game that is currently in development for the device is Runner , an action racing game.

Other games confirmed for development on the PS VR2 include Low-Fi , a cyberpunk action game, and Samurai Slaughter House, a stylized action RPG. During the Sony State of Play event in June 2022, the company revealed a few more games that will be coming to the PS VR2 headset. Three new titles were revealed in the presentation, including Resident Evil Village, The Walking Dead: Sinners and Saints – Chapter 2: Retribution, and No Man’s Sky.

There are likely even more games already in development for the device. Sony will likely plan the release of the PS VR2 so that there are plenty of games to enjoy. And 20+ “major” titles is definitely a good place to start.

Where can you order the PS VR2?

As of now, there’s no way to actually order the PS VR2. Chances are, Sony will do a pre-order program through its website closer to when the headset comes out, but nothing has been announced yet. We’ll update this section when we hear more.

And that’s everything that we know about Sony’s upcoming PS VR2 for PS5. We will continue to update this article as we learn more about the new virtual reality headset. But for now, the PS VR2 is starting to look like a pretty impressive device.

Source: https://knowtechie.com/sony-ps-vr2-pricing-news-rumors-release-date/
We use cookies to ensure that we give you the best experience on our website. If you continue to use this site we will assume that you are happy with it. Ok