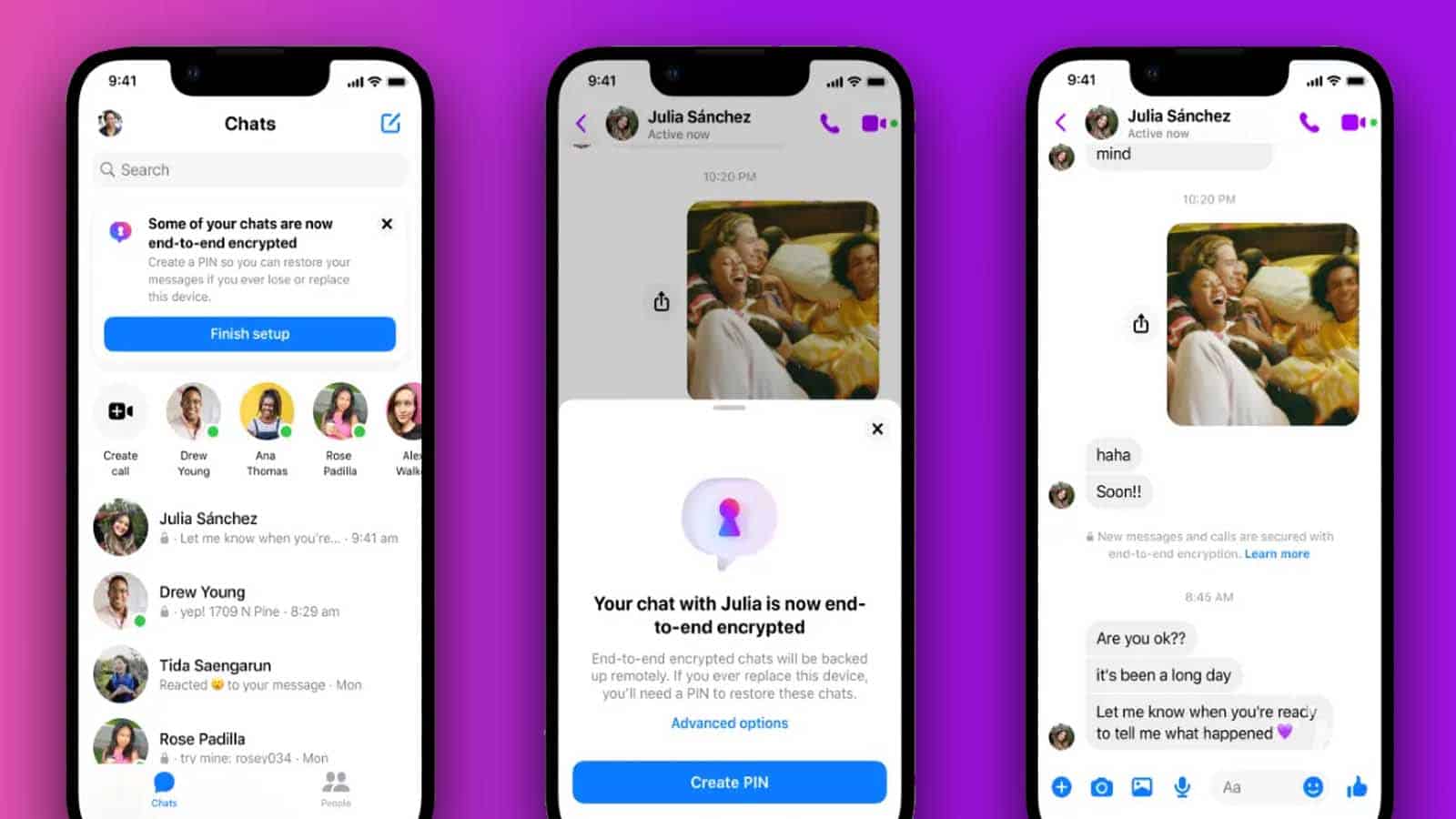 You have to manually enable it if you want your messages to be truly private.

But for now, you’ll have to enable it in each individual conversation if you want to ensure the privacy of your conversations. And unfortunately, it’s currently only available on the mobile Messenger app and not Messenger for the web.

Nevertheless, end-to-end encryption can be useful to ensure that only intended recipients are able to see conversations. So let’s look at how it works in Messenger.

What kinds of end-to-end encryption does Messenger offer? 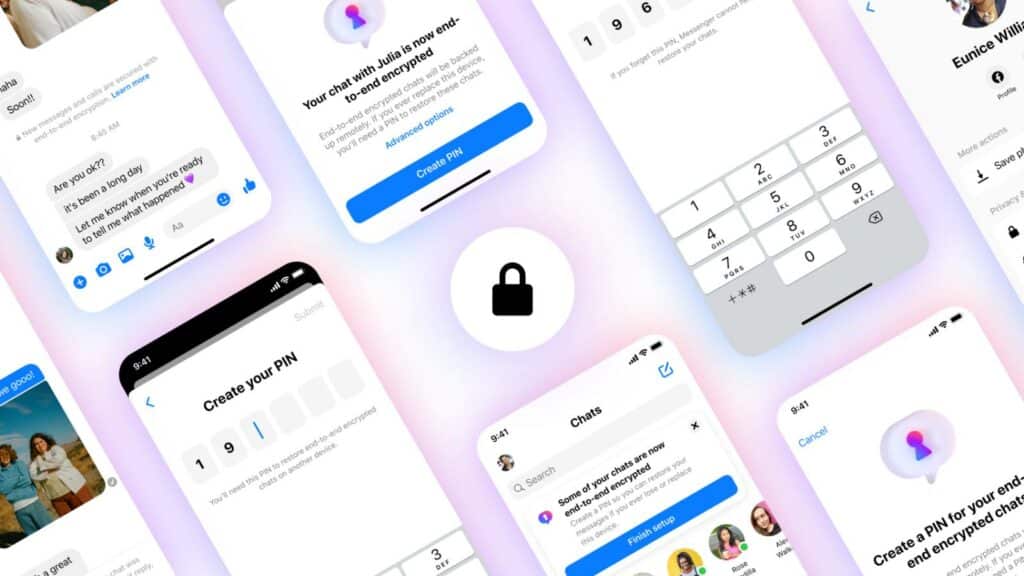 For now, users have a couple of different options for enabling end-to-end encryption in the Messenger mobile app for iOS or Android. And both options are relatively easy to set up from the app’s settings.

The first method is called Vanish mode. Vanish mode is a setting that you can use temporarily to have immediate conversations with your friends.

In Vanish mode, any messages you send will automatically disappear when the user leaves the message window.

This is a useful setting for those quick conversations that you don’t want anyone to know about. Just be aware that even you won’t be able to see those messages afterward.

The other option is called Secret Conversations and is a more standard end-to-end encryption. Using this method creates an entirely new chat window with your friend that will be encrypted.

Only you and other recipients can see these messages and they’ll be stored directly on your device instead of in the cloud.

How to turn on Vanish mode in Messenger

First, we’ll take a look at Vanish mode in the Messenger app. To reiterate, messages sent in this mode will automatically disappear once each user leaves the message window. So don’t use this for anything you’ll need to reference in the future.

Vanish mode is super easy to enable. It starts from an already established chat window between you and your friends.

That will open as a new Vanish mode window for chats between you and your friend. Then, you can message each other back and forth freely as long as you stay in that window.

But as soon as you leave, the conversation will disappear.

How to turn on Secret Conversations in Messenger

The Secret Conversations feature in Messenger is the more standard end-to-end encryption experience. You can toggle this setting on to create an entirely new chat window with your friend that only you and they can see.

This method is slightly more complex, but not by much. And with Secret Conversations, you can always come back and continue the conversation and all of the messages will remain end-to-end encrypted. This will open an entirely new chat window with that person. If done correctly, you should see the image of a padlock in the profile picture of the other user in the Secret Conversation.

You can also set up disappearing messages when in a Secret Conversation. To do this, tap on the user’s profile picture at the top of the message window. Then, select Disappearing messages under the Privacy section in that settings window. With Disappearing messages in Secret Conversations, any messages will be automatically deleted after a certain time after they are read by everyone in the chat.

It’s similar to Vanish mode, but the Secret Conversation chat window will remain in your feed even after you exit it.

When you’re sending messages through Messenger, it’s sometimes easy to forget that Facebook has relatively unlimited access to those messages.

That’s why end-to-end encryption is such a difference maker. It makes it much harder for Facebook or anyone else to hack their way into your private conversations.

For now, you still have to manually enable end-to-end encryption in Messenger to truly have privacy in your messages. But, hopefully, encryption will become the standard on the app in 2023, as the company has promised.

Source: https://knowtechie.com/how-to-enable-encryption-on-facebook-messenger/
We use cookies to ensure that we give you the best experience on our website. If you continue to use this site we will assume that you are happy with it. Ok